Some photographers spend their entire careers searching for a signature style. Brandon Woelfel—a young, and enormously popular Instagram influencer—found his style early and has become an Internet sensation as a result.

“It’s been so crazy to see myself and career grow in such a short amount of time,” he says, noting that his career began right after college a little more than two years ago when he proclaimed his desire to work as a freelance photographer.

Now with over two million followers on Instagram and a photo book to his name, it certainly appears it was a risk worth taking. 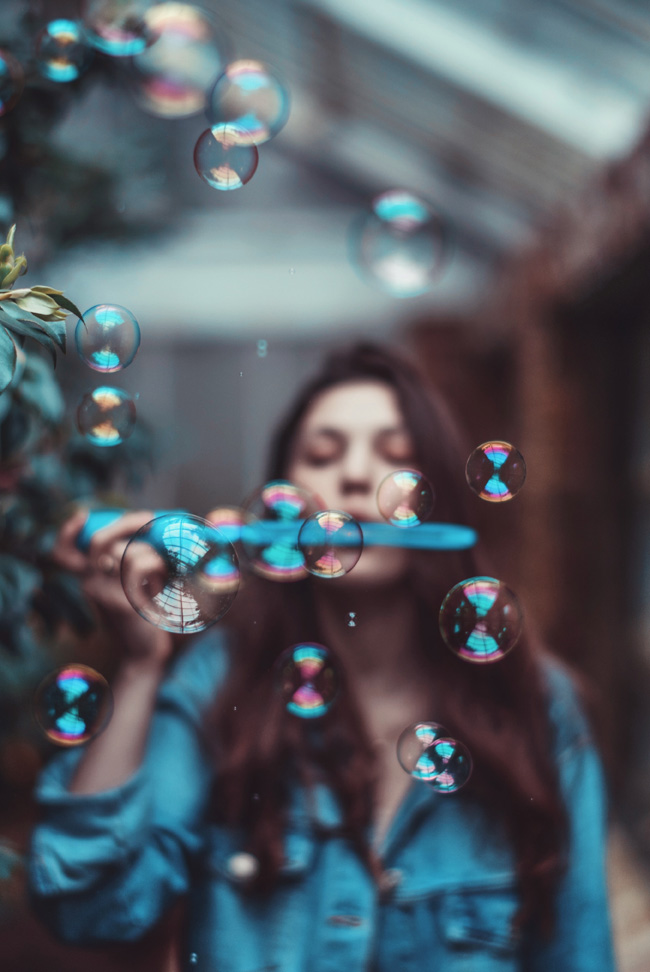 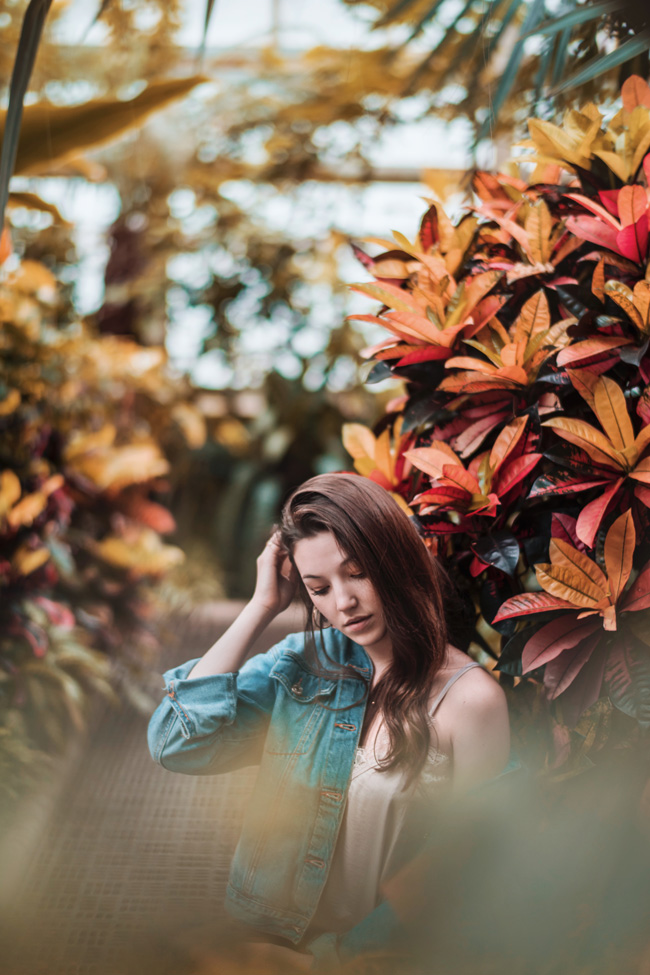 To achieve this, Brandon notes that his whimsical images—which feature distinct soft tones and pops of brightly colored hues as well as some magical post-processing—not only capture a sense of wonder, but also reflects a balance of professional passion and a keen sense of what will attract new followers online.

“Since my first works were shared on social media I think there’s always the awareness that I’ll be sharing the images to an audience. With that being said, I’ve definitely been able to extend my creativity to a level of utter passion while keeping in mind my audience,” he notes.

He quickly adds that Nikon equipment—such as the D850 DSLR and AF-S NIKKOR 58mm f/1.4G lens that Nikon recently provided him with for a project—give him the ability to capture such dynamic images.

“I‘ve been shooting exclusively with Nikon’s prime lenses ever since I started photography about five years ago. While consistently being on the go, I carry all of my gear with me on my back. The prime lenses execute an incomparable level of quality and sharpness without bearing the extra bulk that comes with some other zoom lenses,” he says.

“For some time now I have been looking into the key features of both the D850 body and the 58mm f/1.4, and they absolutely did not disappoint. The versatility of the D850 equated with the crisp focusing range that the 58mm brought was unmatched to anything else in my collection,” he adds.

He concludes: “I hope to continue to create the art that makes me the happiest while meeting a lot of new creative people along the way. Ultimately, I would like my photography to convey a sudden spark of inspiration that influences others to go out and create.” 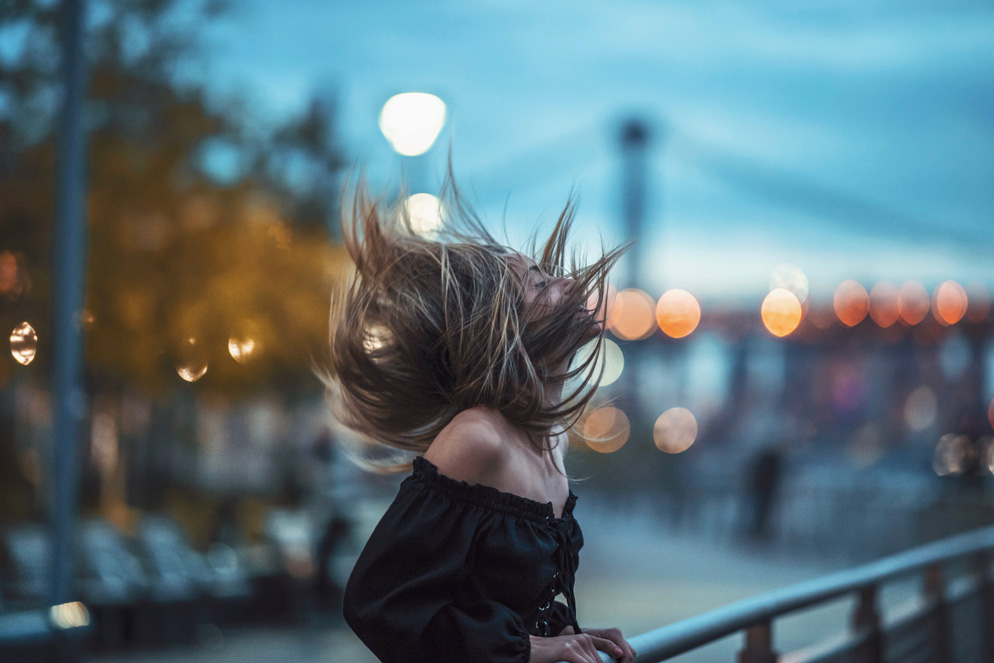 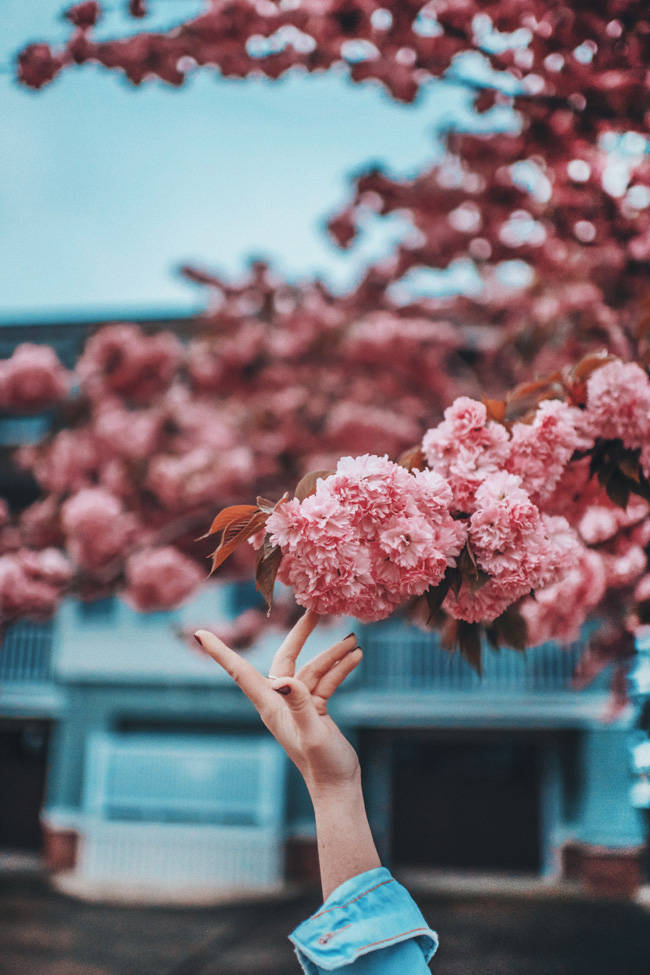 Giving Props to the Props

One of Brandon’s signature techniques is the use of unique props and elements he incorporates into his images.

For instance, he often manipulates his shots by filtering natural light through different types of prisms—such as crystal ball prisms, triangular prisms and teardrop prisms—to create a rainbow effect on the subject. When held in front of the lens, the prisms create a unique blur in the foreground of his images.

He explains: “Originally seeing how other photographers were able to effortlessly bend and manipulate light, I had to try using prisms. With a prism’s abounding amount of uses, I am constantly finding new ways to incorporate them into my photos.”

Rainbow suncatchers work well for this effect too. For nighttime shoots without available natural light, bouncing the light from a smartphone’s flashlight off of the back of a CD is another option he uses.

Brandon will use other foreground objects to give the illusion of more depth in his shots.

In one image he took at the Planting Fields Arboretum State Park in Oyster Bay, NY, he held a leaf up to the lens that added a blurry, textural effect in the foreground. A trip to The Dream Machine (interactive experience) in Brooklyn inspired Brandon to use a blurred cloud prop in a similar fashion, adding depth and a dream-like feel to the shot.

Some of his images also reflect a penchant for eyeglasses.

He explains: “My appreciation for featuring eyeglasses throughout my work has arrived from my love to experiment with how light reflects off of different surfaces. Framing a model while displaying these glasses has added to the fantastical look.”

He concludes: “As a photographer my goal is for the viewer to be able to relate to the story being told. I’m so lucky to have an audience across social media that so actively connects with the work that I present.” 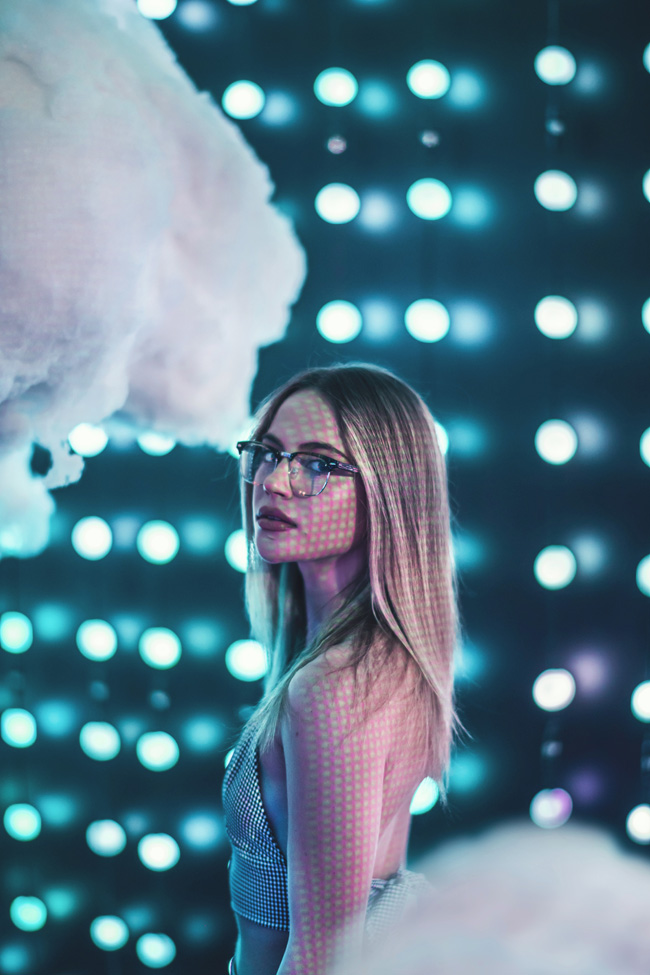 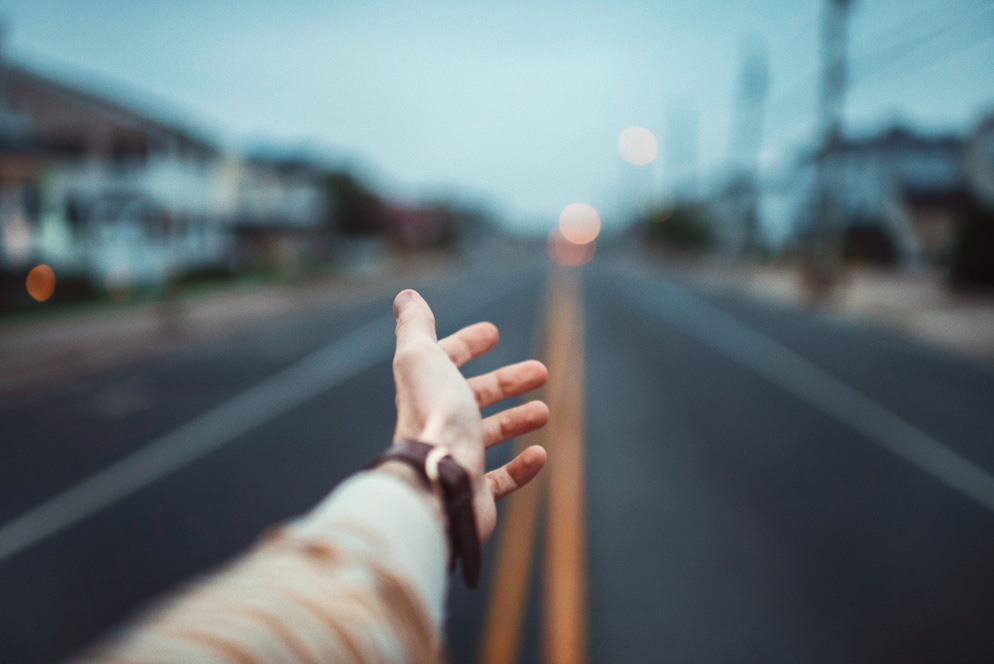 Much like his original leap into photography, it could be said that Brandon likes to see how his images will develop—so to speak.

“My favorite images seem to come from the natural improvisation that plays off myself and the subject I am shooting!” he says, adding that a substantial part of his image creation is done organically while on location.

“I’ve also started using Nikon’s Picture Control in camera and it has been a huge assistance for allowing me to further recognize how the final image will look,“ he says.

He also offers some additional advice for any beginner photographers.

“Shooting in RAW (Nikon's NEF file format) is definitely among one of my most important tips for photographers just starting out. The benefit of shooting in RAW is to record all of the image’s data from the sensor which allows you to be more in control of how the final image will look in post.”

He also offers insight into his process on Instagram and his website by providing a section of before-and-after images.

“Before-and-after images have definitely become a highly requested [ask] from my audience. I believe showcasing them helps beginners better understand how I go about my creative process.”

He’s also produced an online tutorial with a YouTube video that discusses how to take photos at night. [Scroll to the bottom of this page to view the video. —Editor]

This is another way for him to interact, and give back to his followers, and to make his process just as much about his final product as it is in helping other photographers create theirs as well.

“I’m very grateful that so many people resonate with the images I create and I imagine that the level of post-production is evident in my work. I’m looking to offer images that are eye catching and something the viewer could conceivably want to recreate on their own,” he says.

To maximize the creativity and reach of his shots, he’s also collaborated with YouTube sensations, many of whom are influencers in their own right—as well as other creative friends who model in his images.

“I‘ve definitely noticed that when an image is created by a small team of people the results and quality is evident. Whether it be myself and a model or a group of creators working together, being able to bounce ideas off one another is so important for the process!”

So how did Brandon attract such a vast following online? Simply, he had a clear vision.

“Remaining devoted to what I create and post—while interacting and connecting with the people that support my work—is how I’ve grown across social platforms and as an artist,” he says.

“Now, two years after I began I am working full-time as my own boss, creating every single day to further establish myself in the industry.”

To that end, Brandon has started to add another unique element to his shots: Himself.

“I’ve only recently developed an appreciation for not only being behind the lens, but in front of it as well! I think it’s become an essential part of being able to connect with my audience who has been following my work for so long,” he says.

In the end, he offers advice for photographers aspiring to become Internet influencers.

“Always keep creating. As you continue to produce the work that you personally find interesting, you’ll gain a priceless amount of experience that will manifest into your art and your audience,” he concludes.

The search for uncompromising performance in the worlds of photography and videography is over. The Nikon D850 sets remarkable standards of quality in both, possessing an impressive 45.7 effective megapixels that allows it to capture the most awe-inspiring images and produce phenomenal 8K UHD time-lapse movies via images taken with its silent interval timer shooting. Create epic film masterpieces in full-frame 4K UHD with NIKKOR wide-angle lenses, or prolong exquisite moments with its 120p/100p Full HD slow-motion recording. It also boasts enhanced superior agility to keep up with the demands of the modern photographer, such as continuous shooting functions at speeds approximately 7 frames per second (fps) or 9 fps, and a revolutionary shutter and mirror drive mechanism that improve the stability of the composition.

Going Behind the Scenes of Fashion Photography